Well known North Carolina land broker Doug Muhle teamed up with Jason Smith, CEO of Granville Farms to host a Labor Day tribute to honor our wounded veterans. For years, the Smith family has hosted an annual sportsmen cookout and dove hunt on their family farm in Tarboro NC. 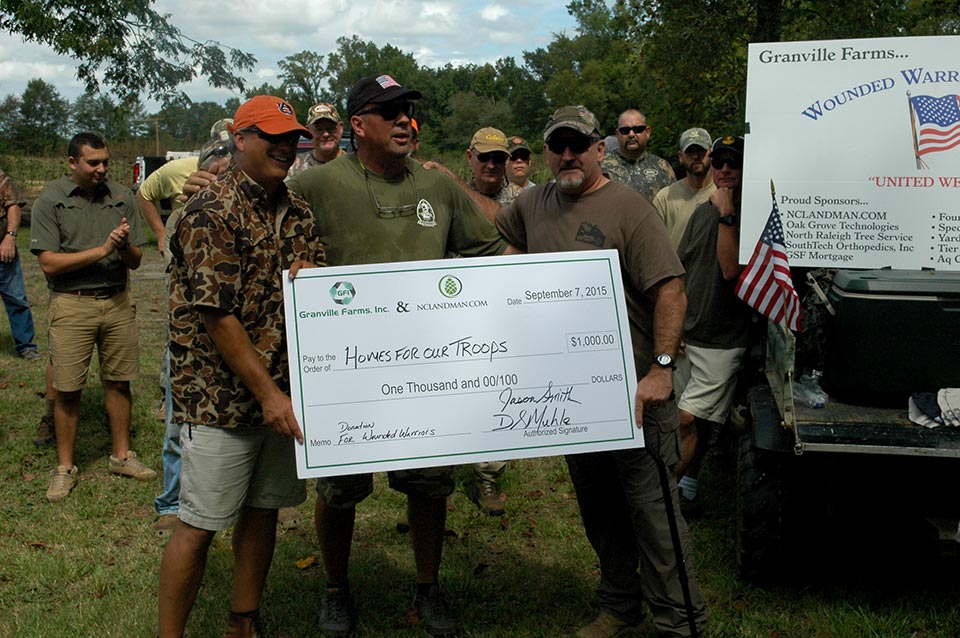 The last few years Doug Muhle and Jason Smith have partnered on many agricultural real estate ventures and co-hosted the event. "This year Jason and I decided that we would spotlight and honor the sacrifices of some of the military veterans who attend our labor day dove hunt and cookout" said Muhle.

Through Muhle's affiliation with the military combatives program, his relationship with the Smith family, and their combined friendships throughout the outdoor community, the event was a smashing success with over 230 sportsmen and US military veterans in attendance. The event included a traditional southern barbeque, a raffle including hunting items donated by sponsors, and an afternoon dove hunt over 400 acres of cut corn and sunflowers. Smith and Muhle made a donation to "Homes Four Our Troops" on behalf of all sportsmen in attendance.

The event was meant to show our wounded veterans that their sacrifices for our freedom will never be forgotten. Through the support of all the outdoor sportsmen, sponsors, and participating veterans, this successful event proves the theme "United We Stand. Long Live the Constitution, Our Second Amendment Rights, and Respect for Those That Defend it." 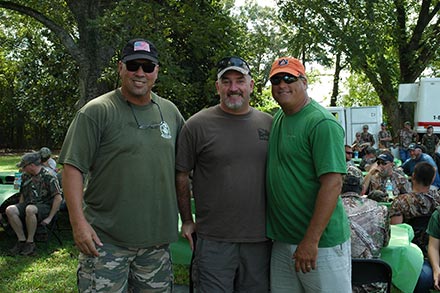 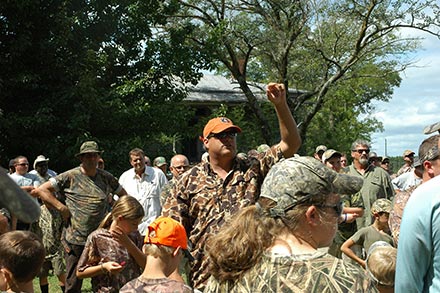 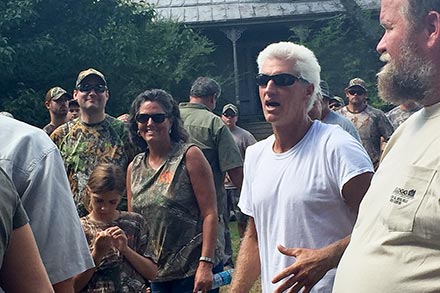 Andy Smith and sister Madge shown here enjoying the cookout with the 200+ sportsmen in attendance. 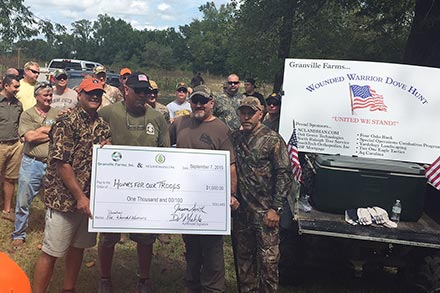 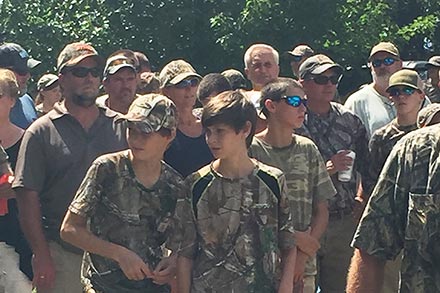 Young and old enjoyed the event with over 230 people in attendance. 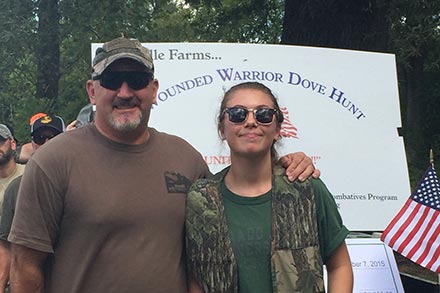 Injured veteran Hugh Foske shown here with his daughter. Foske, a special forces operator, was injured in a parachute accident. 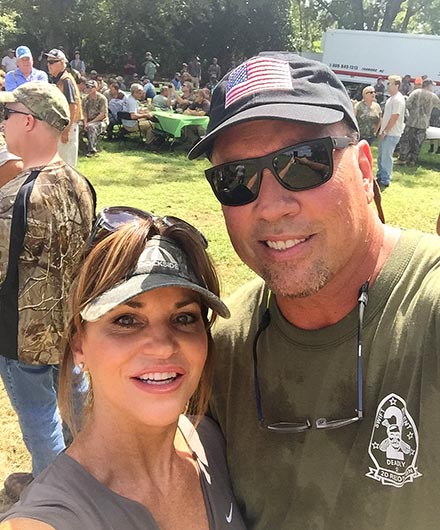 Co-hosts of the event, Doug and Sara Muhle. 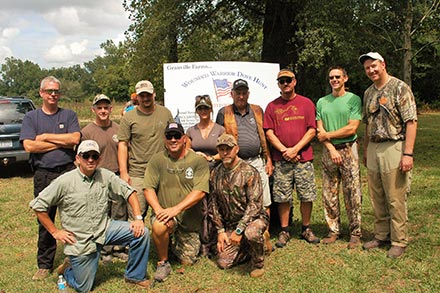 Sponsoring company representatives. A few of the sponsors supporting the event include: